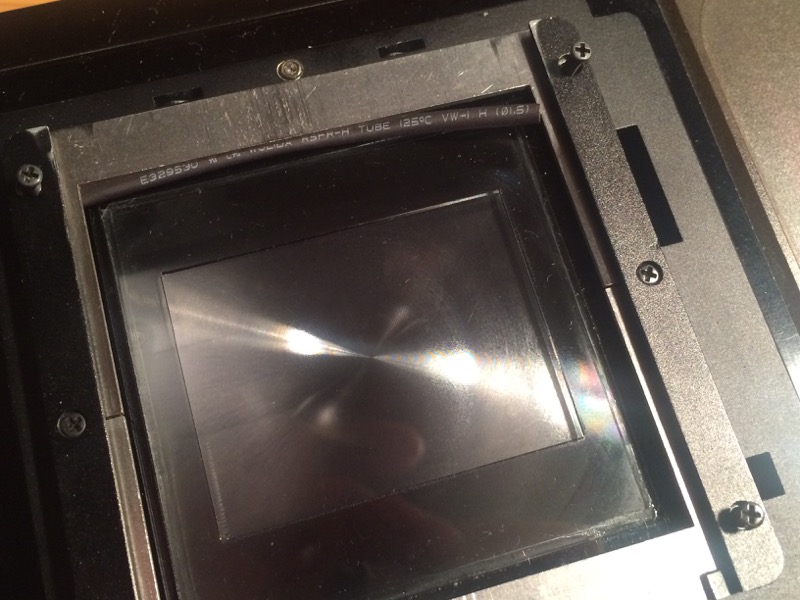 You can adapt a focusing screen for a different camera and different size. Here's how.

When I bought my Hartblei HCAM B1 used on ebay, the focusing screen that came with it was somewhat scratched. But what bothered me more: the fresnel on that screen was so coarse that it was very hard to actually focus. I also found the screen to be quite dark. Therefore I decided to replace it. 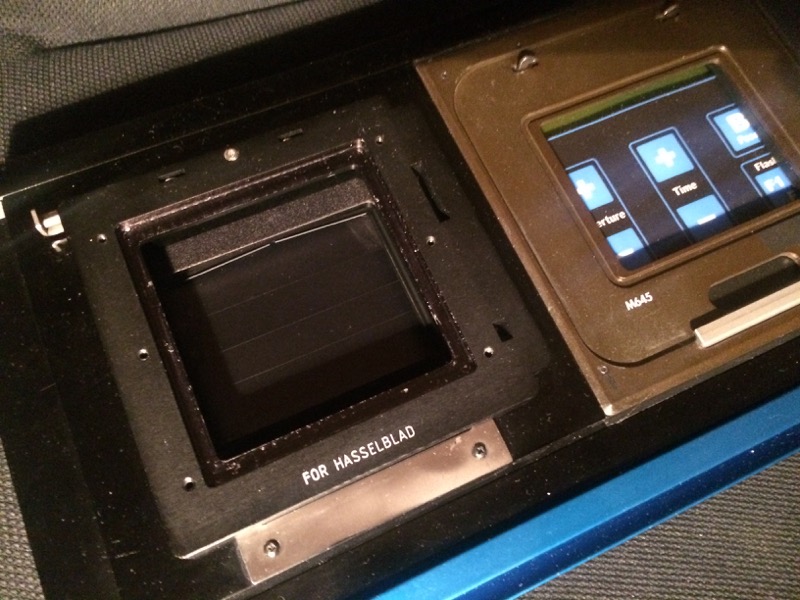 The aluminum frame around the screen on the HCAM reads "for Hasselblad", so I assumed that the camera will work with any Hasselblad V-series screen (both are medium format after all), and I found myself a nice Beattie focusing screen for Hasselblad on ebay.

I was mistaken however: the "for Hasselblad" on the HCAM relates to the viewfinder, not to the screen. As you can see on the next photo, the original focusing screen from the HCAM is slightly bigger than a Hasselblad screen, so my new screen would fall through :( 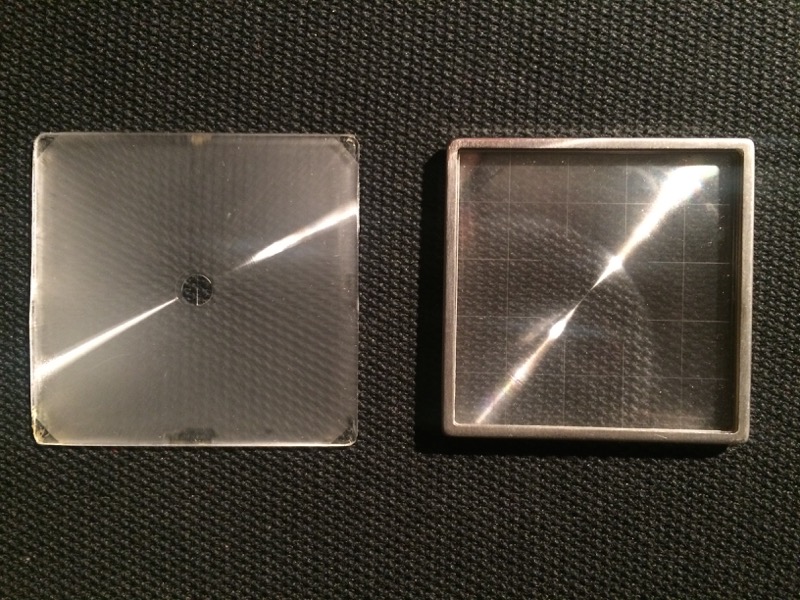 I considered returning the screen or replacing the aluminum frame, but I finally decided to simply adapt the focusing screen and make it fit.

First I removed the actual fresnel from its metal frame. I also removed the clear glass that covered it. The grid on that glass doesn't correspond to my digital back's sensor area anyways, so I left it out altogether.

A new frame for the focusing screen

I also considered pouring resin instead of cutting from solid material. That would have bonded well with the fresnel's edges. But I didn't want to take the risk of resin spilling onto the surface of the screen, so I cut from acrylic.

If you don't have access to a laser cutter, of course you can also cut the material with a saw and a file. It just takes a bit longer. 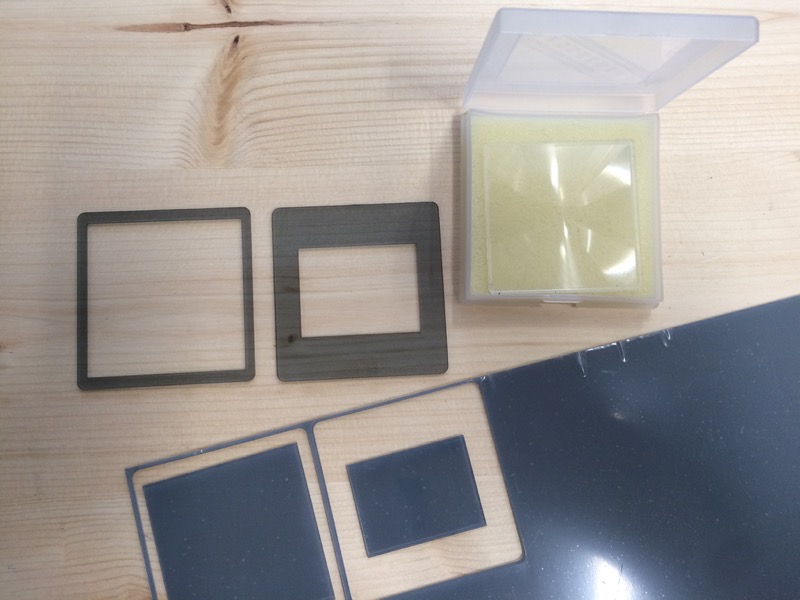 You can see the frame on the top left of the above photo. That's the part which will hold the fresnel and fit into the camera. On the bottom, you can see the material I cut it from.

I measured the fresnel's thickness to be 2mm, so I looked for any acrylic on stock with that thickness. By coincidence, the material I still had happened to be 2mm grey translucent acrylic... and that gave me yet another idea:

I decided to cut a second piece of acrylic, again with the same outer dimensions (to fit in the camera) but the inner dimensions of the CCD sensor in my digital back, a PhaseOne P40+. That second frame sits above the fresnel for another important purpose: in the view finder, it frames the edges of what the sensor can capture, by covering whatever is outside the frame. But since it's translucent, it still allows the photographer to see what's beyond the frame, albeit darkened by roughly 1 f-stop. Rather awesome! 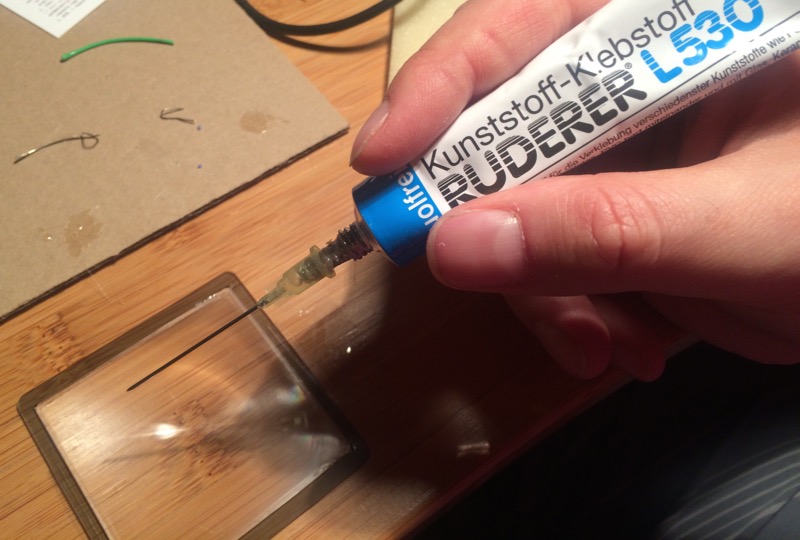 The fresnel needed to be fixated in its new frame. Plastic glue did the job. The distance from the lens to the focusing screen is obviously quite important: it needs to be the same as with the sensor (to ensure that the same area is sharp). But the engineers at Hartblei already solved that issue; I just had to make sure that the fresnel was accurately level with the frame - and to ensure that, it was enough to place it on a flat surface with the underside before glueing it.

For glueing, I used Ruderer L350, a glue that bonds very well with plastics and hardens in less than a minute. Dispensing it accurately is always a challenge, so I used an injection needle for that. 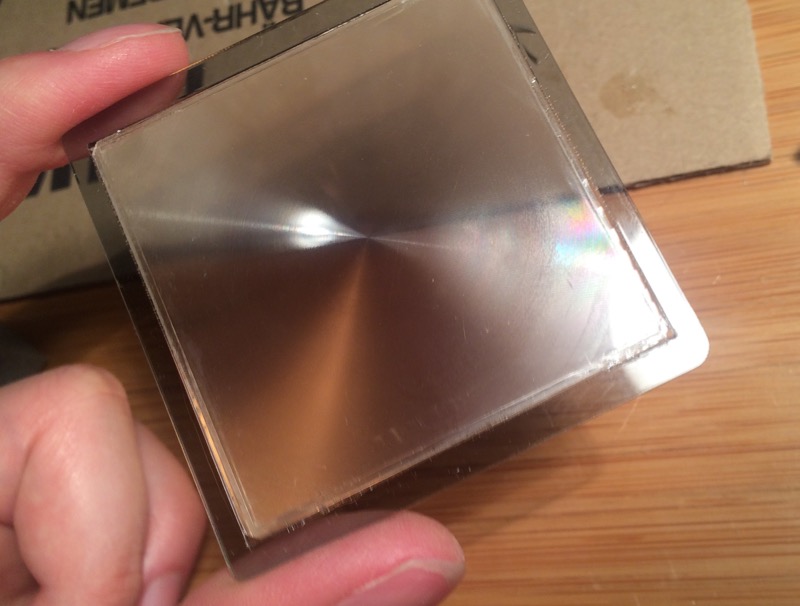 The seams of glueing are nice enough but certainly visible. That's irrelevant though. They are so far outside that not only are they beyond the sensor area, they are even beyond what's visible through the viewfinder.

Two pieces of shrink wrap help to keep the focusing screen absolutely tight. You can see one on the top of the above photo. The one on the bottom is already in place under the steel frame.

Looking though the viewfinder now gives a much nicer preview than before. It also shows the edges of the PhaseOne sensor. I tried to capture the view below. 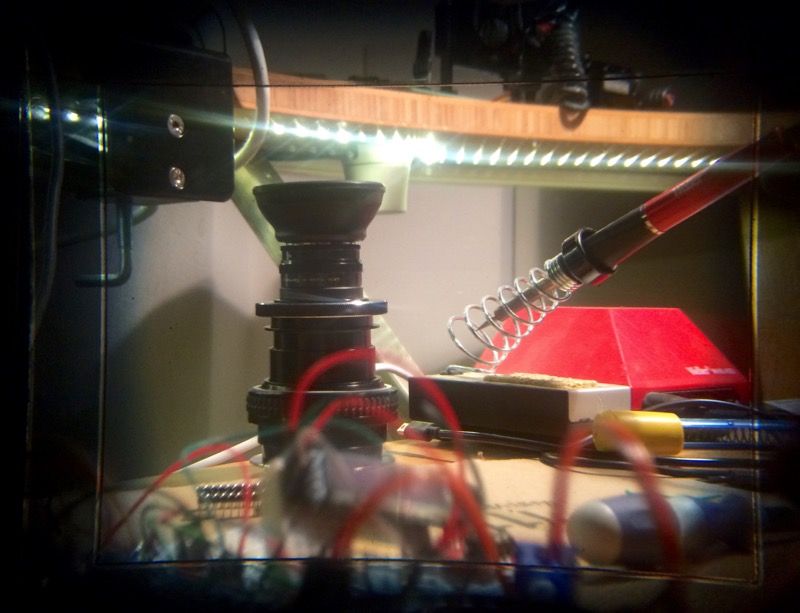 This photo above was taken through the actual lens of the viewfinder, which was hard to photograph. When you look through with your eye, it's nice, big, sharp and bright, and without the vignette. 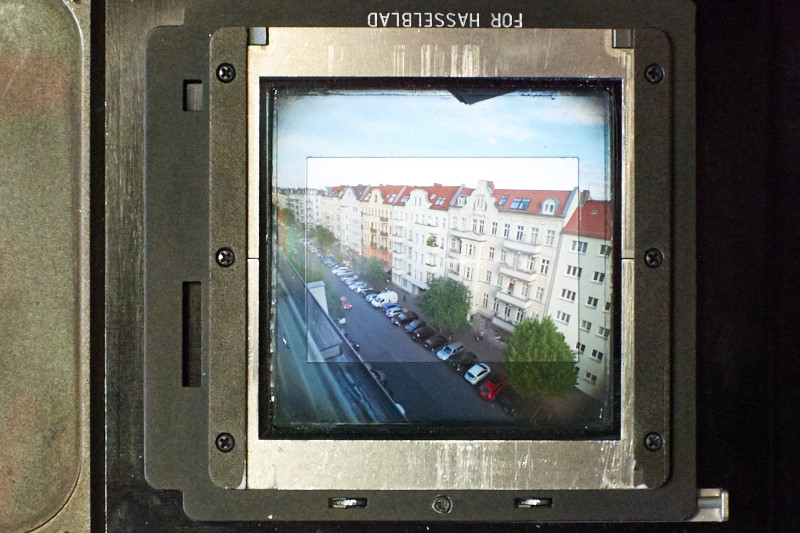 How to adapt a focusing screen

Let's resume how to adapt a focusing screen.

Of course, the screen you want to adapt needs to be at least the size of your film/sensor or bigger. In my case, it was bigger than my sensor but smaller than the mount in the camera. To increase the size, you can make a frame from acrylic with the outer dimensions of the camera mount and the inner dimensions of your screen. Glue it in place. Make sure screen and frame are level and take care not to blemish the surface of the screen.

If your screen is bigger than your film/sensor but also too big to fit into the camera and you cannot (or don't want to) modify the camera, you need to make the screen smaller. Most screens are made from plastic or resin. They can carefully be cut with a utility knife (use a metal ruler on the to-be-removed side and cut multiple passes). Some screens are sandwiched from clear or ground glass and fresnels or microprism elements made out of resin. For the resin parts, proceed as described. Glass can be carved and broken, but for such small and fragile parts, your best bet is probably to have a fresh piece of plain glass cut for you in the proper dimensions. That is very inexpensive because plain glass doesn't cost much. You can even do without the glass, as a flat glass cover makes no optical difference. It's only easier to clean.

To tilt a flash (or light modifier) up and down on a light stand, you need a swivel / pivot clamp. They are either light (but not sturdy) or robust (but heavy), so I made my own medium duty swivel: light and robust. Why make one? There are basically two types

I made my own DIY focusable deep parabolic reflector based on a softbox. In this article I describe how to make a speedring adaptor with a slidable tube that allows moving a flash head in and out of a the reflector, how to mount a flash head on the tube,