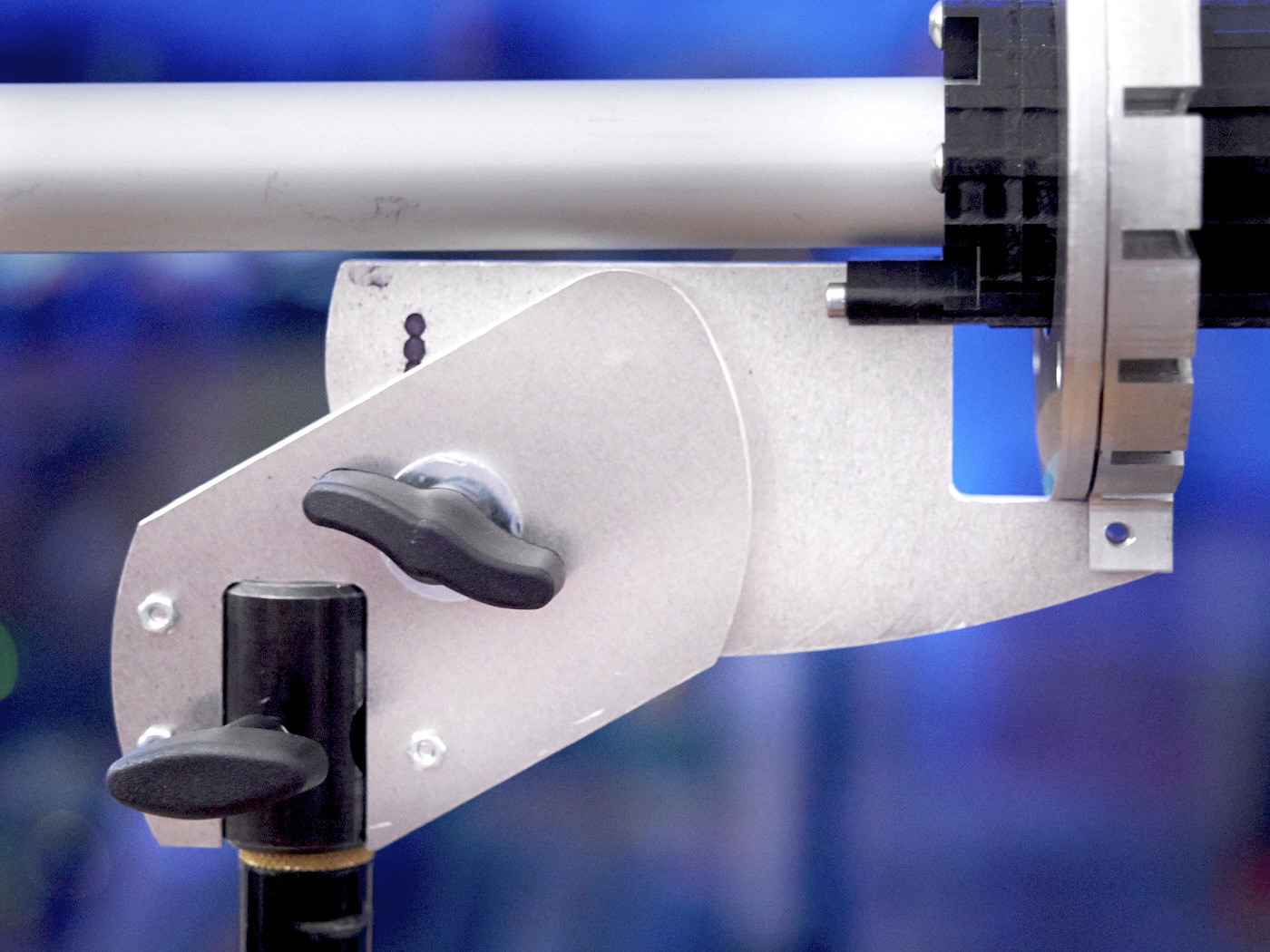 To tilt a flash (or light modifier) up and down on a light stand, you need a swivel / pivot clamp. They are either light (but not sturdy) or robust (but heavy), so I made my own medium duty swivel: light and robust.

There are basically two types of tilters available: 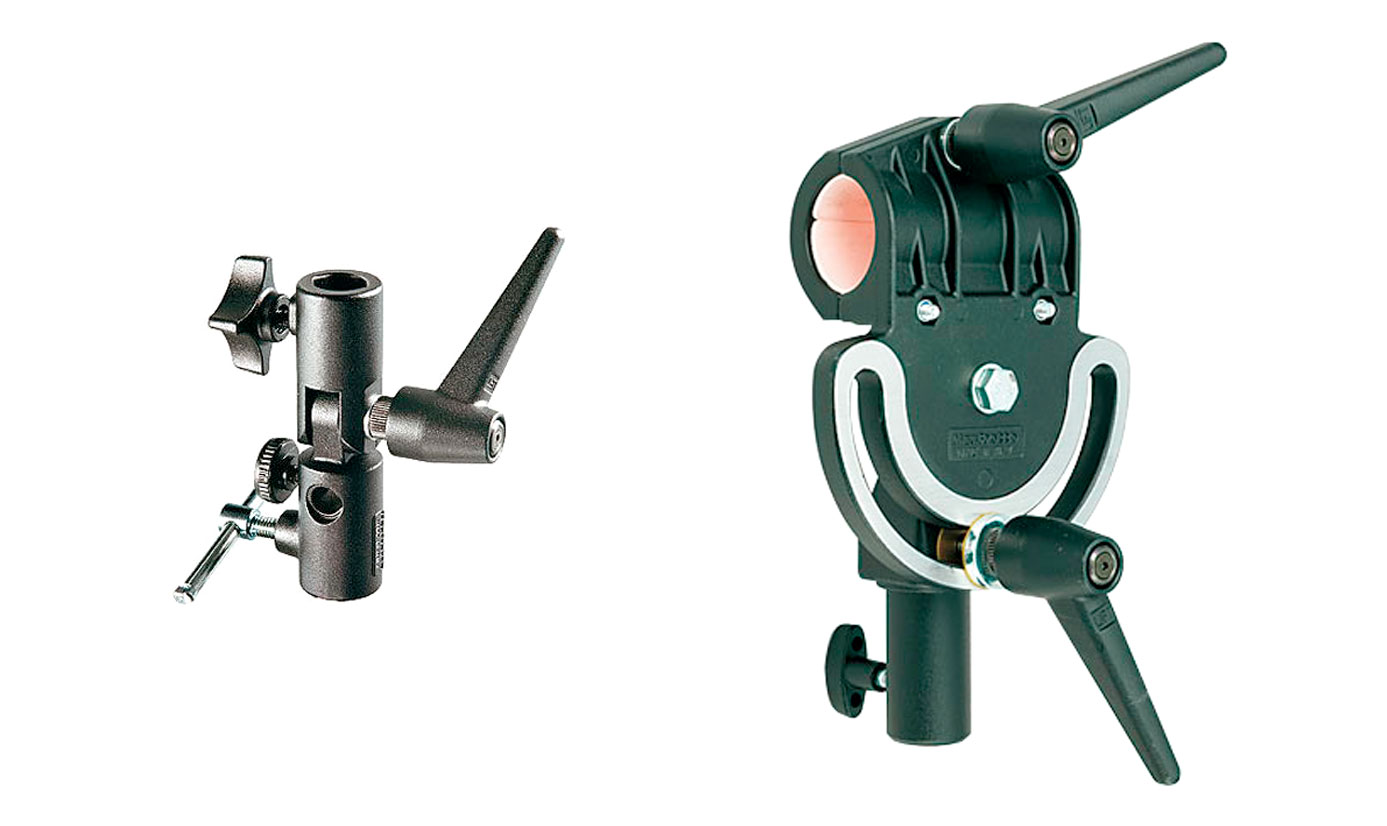 The small swivel weighs around 300g (this model 380g / 13oz) and is typically used to tilt speedlites and umbrellas. But with a specified payload of 2kg (4.4 lbs), it is not robust enough to carry much more.
The heavy duty pivot clamp is typically used for boom arms. It can carry an elephant, but it weighs 800g (2 lbs) itself and is too heavy for many applications where elephants are not involved.

What's clearly missing is something in between the two. A swivel that can carry most flashes and big light modifiers, while weighing considerably less than the super heavy duty version. May I introduce... the medium duty pivot clamp!

My swivel consists of 3 parts CNC milled from 5mm Aluminum: the middle part that gets attached to the flash, and two side parts that get mounted on the light stand. For the mount, I decided to use a female spigot adapter, simply because I had an unused one. It would also be easy to make one, but that would require more than 3 layers of 5mm Aluminum because the hole for the spigot has a diameter of 16mm.

It is designed to pivot over an angle of 90°: up to 30° upwards and 60° downwards, which should be enough for most applications.

Robustness depends on two factors: of course the material has to be thick enough if you don't want it to bend under the weight. But the other important factor is the location of the screw that holds the pivoted part in place. As you can see above, a single screw (with a lever) functions as the pivoting axis and the point of fixation of the small swivel. With such a design, the swiveling part can easily get loose, because at the center point, the force caused by the payload's weight is at its maximum, with a minimum distance. By contrast, the heavy duty design (right picture) sports a seperate locking screw away from the center, where considerably less force is required to hold the payload in place. That is the key to sturdyness!

...so, of course, my swivel uses an ex-center locking screw 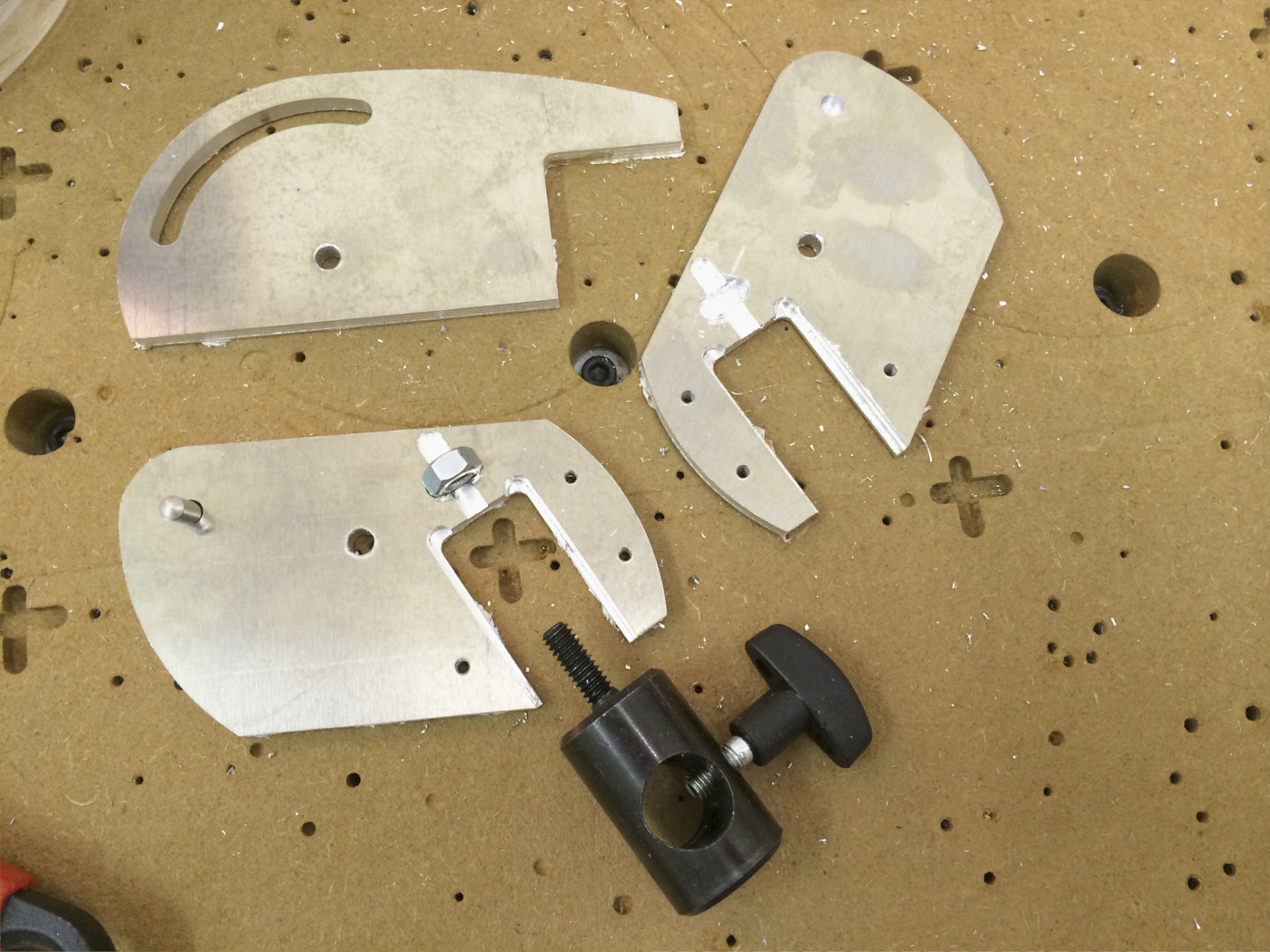 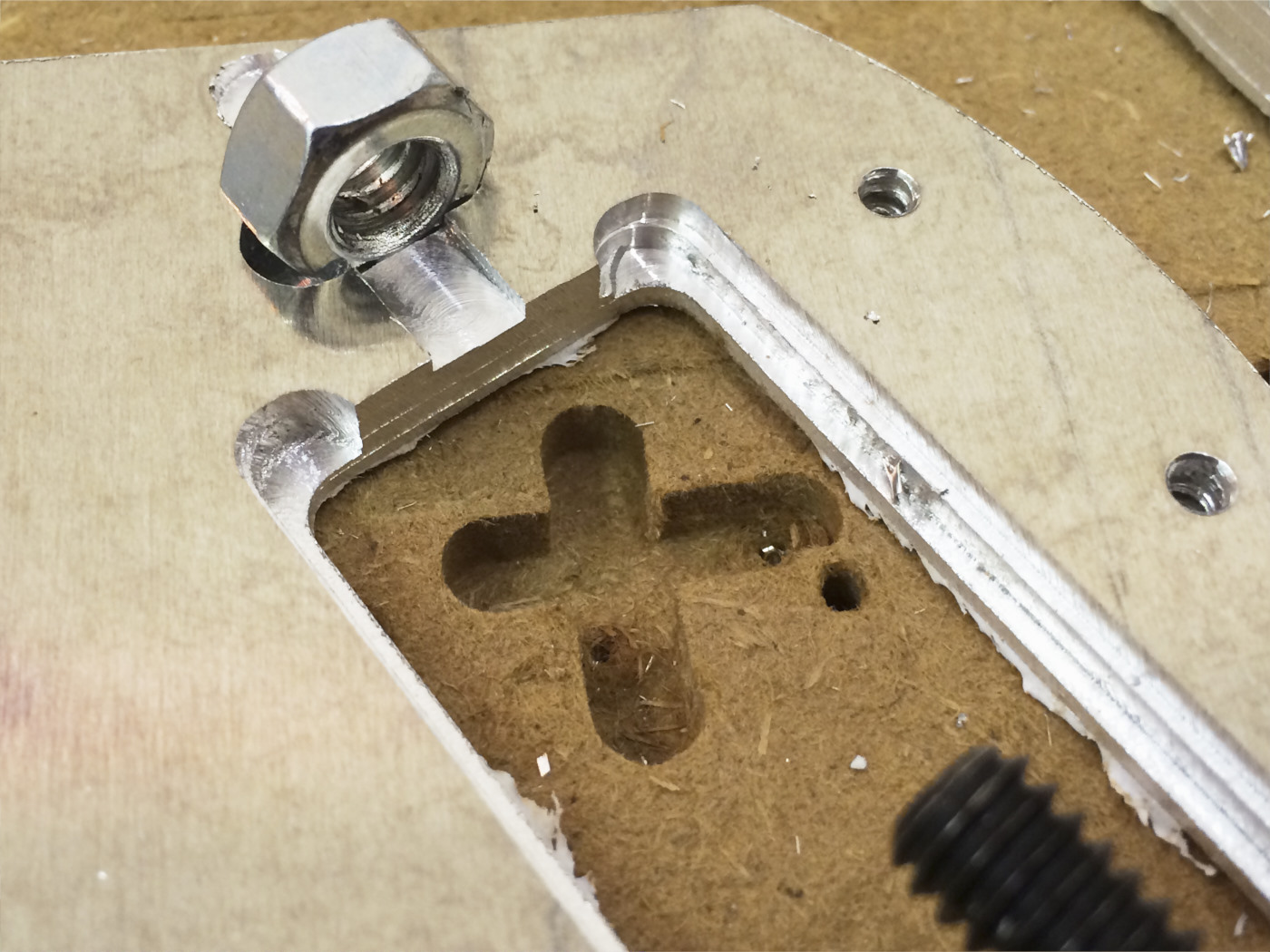 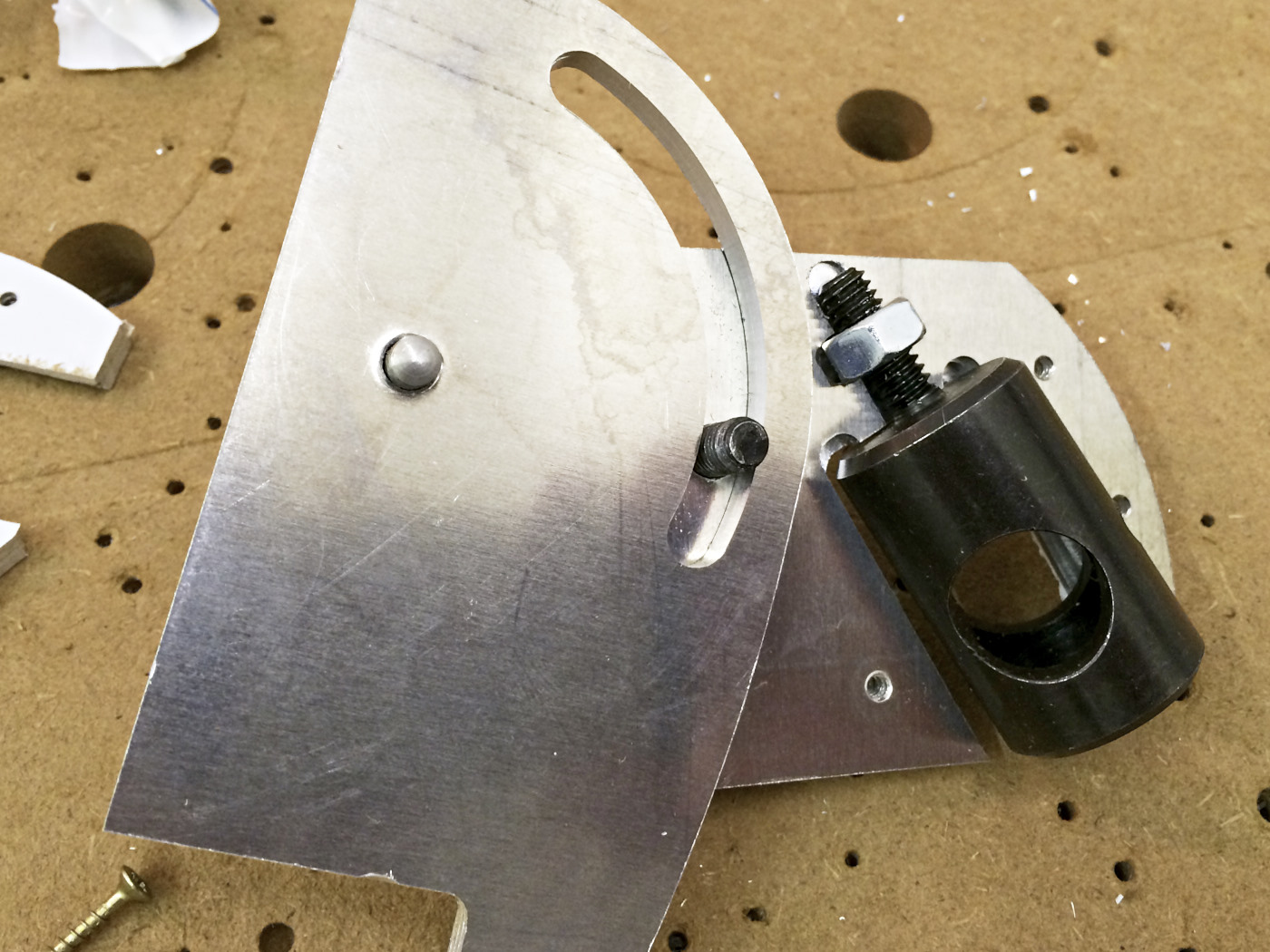 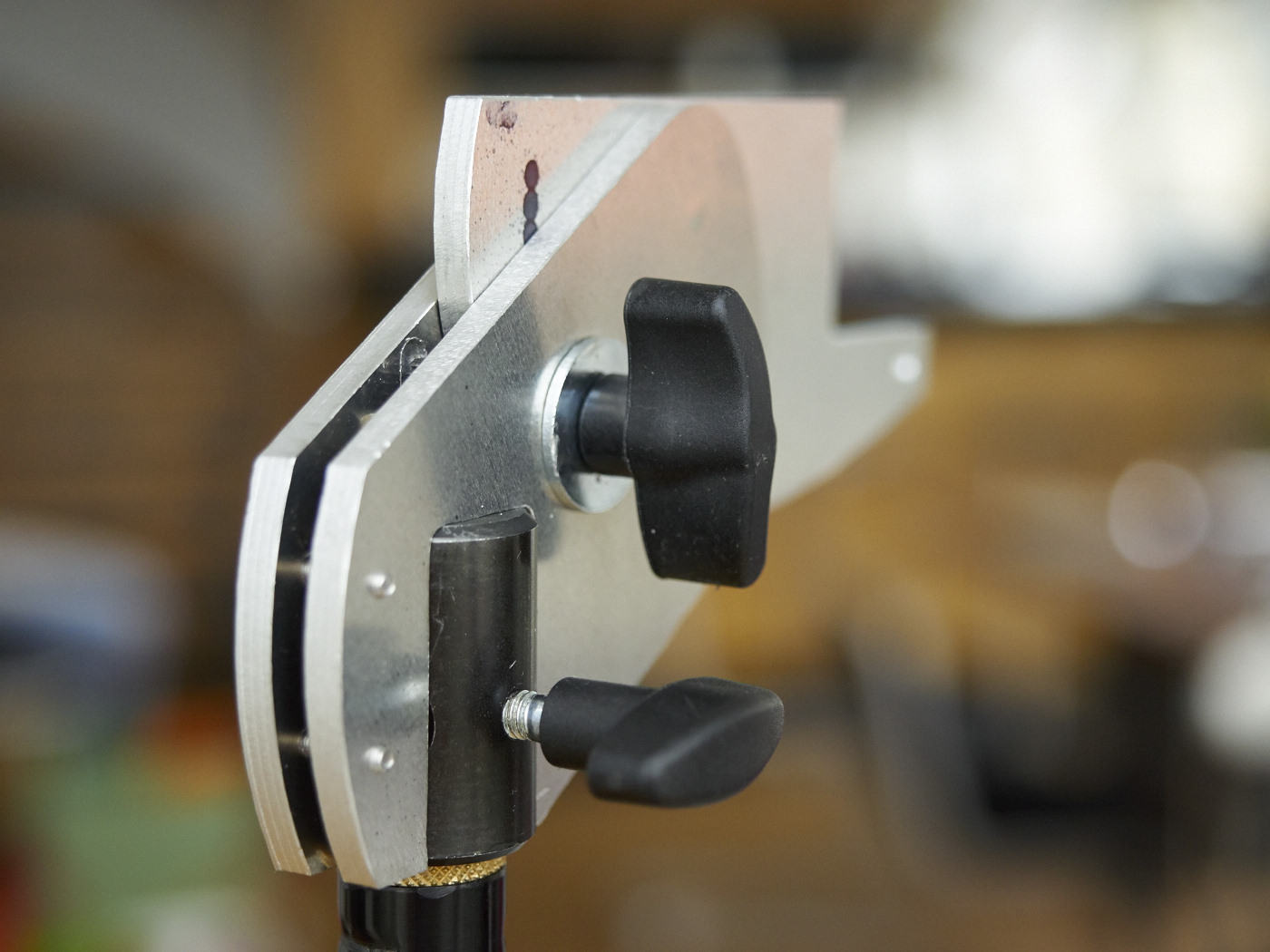 My swivel weighs only 305g (10.75oz). That is well in the range of the small swivels, even lighter than the small Manfrotto. However, thanks to its construction, it can carry much more weight without losing its position. I did a little test with two steel weights (6kg / 13 lbs in total). The swivel stayed perfectly in position and did not slide down a bit. It would probably also support 10kg if you tighten the screw, but in anycase it is robust enough for most typical payloads. 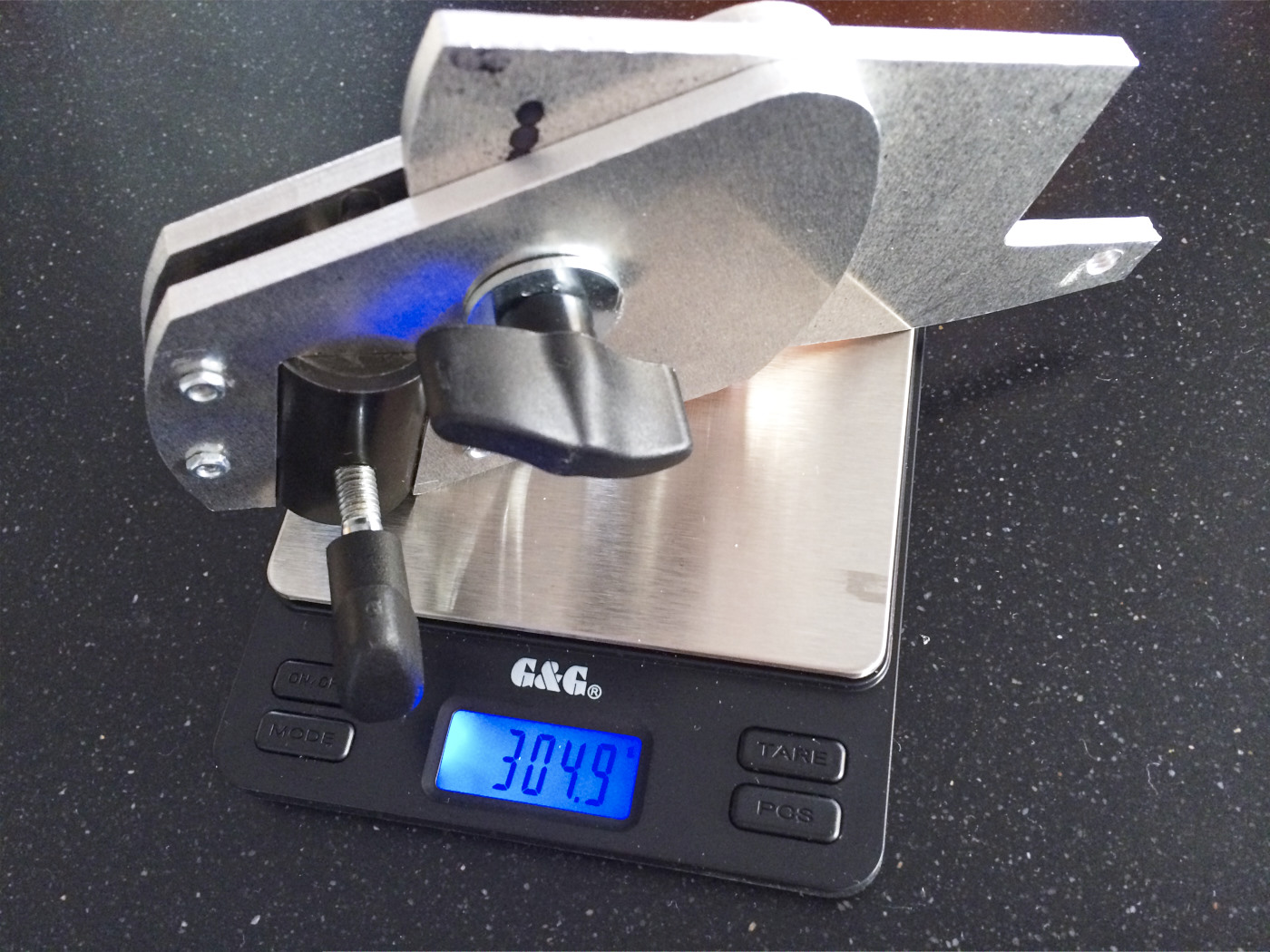 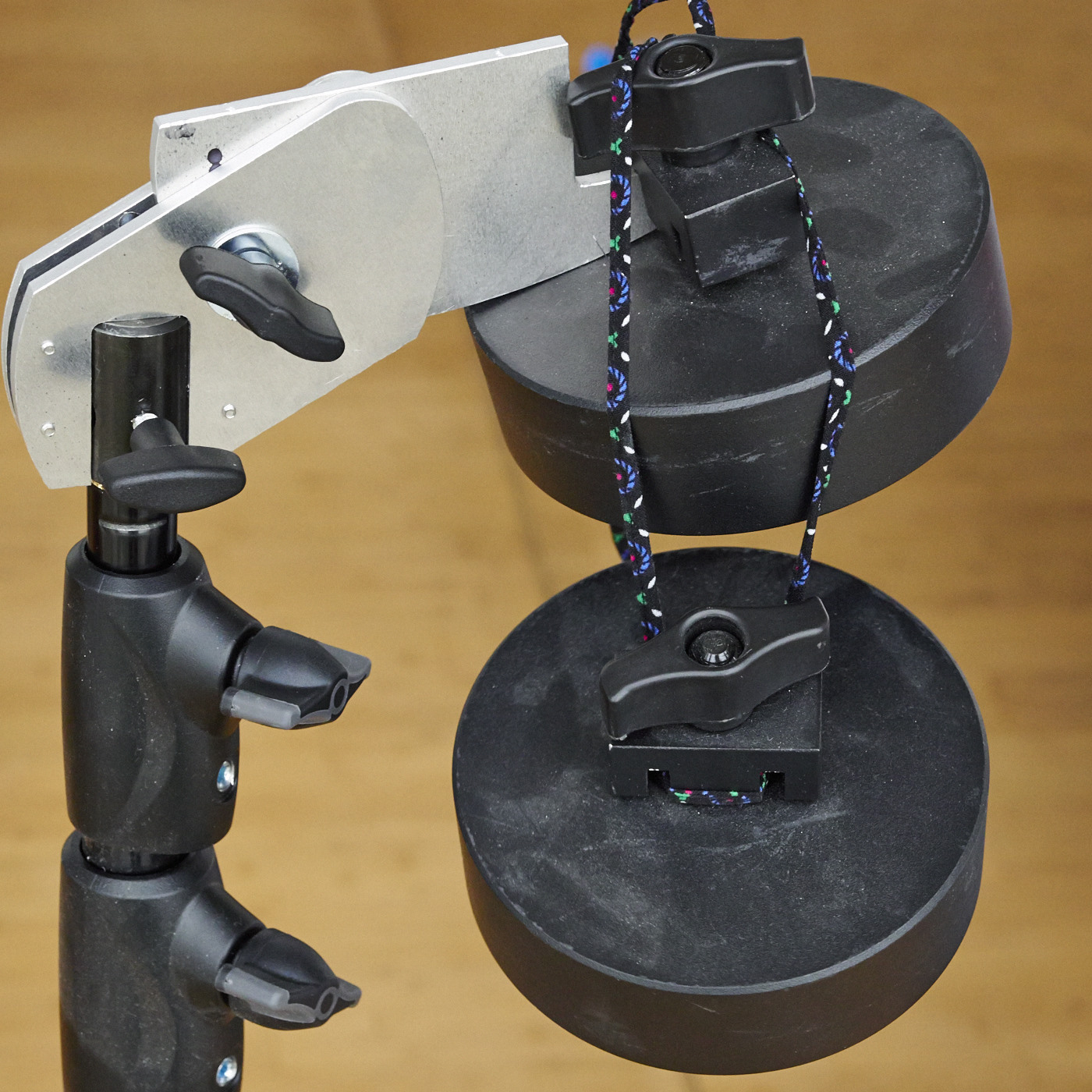 I wonder why Manfrotto doesn't make these yet :) 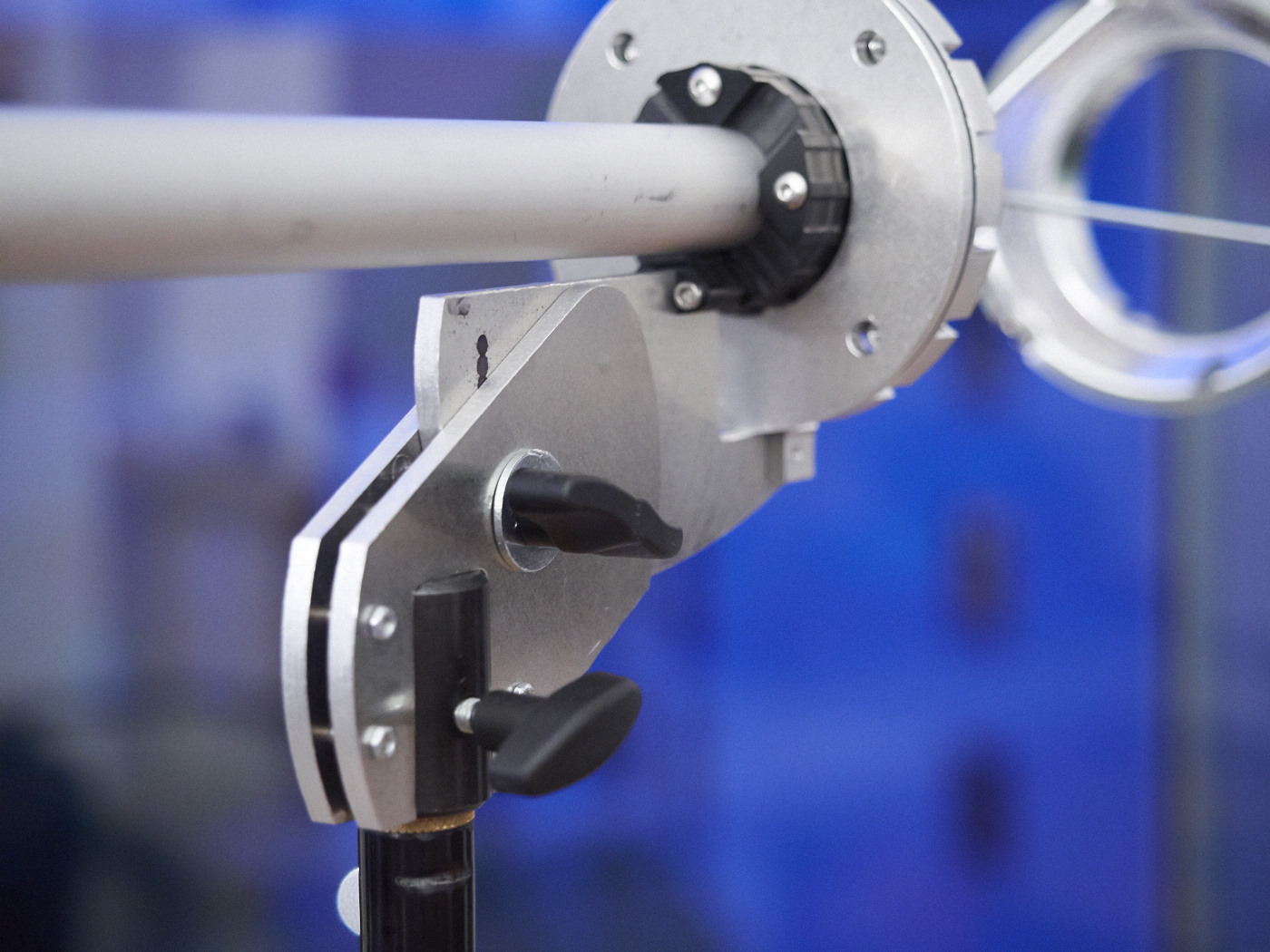 ...and if you want to know what the heck THAT is, keep reading my blog :)

Jeremy over at DIY Tripods asked how a light modifier is actually attached to the swivel. Taking a photo of that is tricky, since the screws are hidden inside the construction and there is no perspective that would show all of them. But I have an x-ray sketch for you! There are two screws (blue in the sketch) that connect the modifier to the swivel. The M6 screw goes through it, the M4 screw goes deep within. And to prevent that one from bending, I have put a plastic part on each side of the swivel (labeled POM). I hope it becomes clear.

Yes, I admit: a standard spigot would have been a more versatile connector on that side as well. However, I want to use the swivel to tilt other DIY equipment that doesn't have a spigot anyways, so I opted to mount it directly, hence the exotic shape. 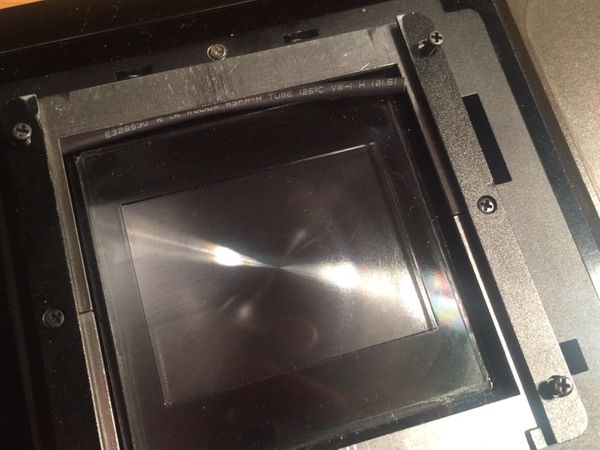 You can adapt a focusing screen for a different camera and different size. Here's how. When I bought my Hartblei HCAM B1 used on ebay, the focusing screen that came with it was somewhat scratched. But what bothered me more: the fresnel on that screen was so coarse that it

I made my own DIY focusable deep parabolic reflector based on a softbox. In this article I describe how to make a speedring adaptor with a slidable tube that allows moving a flash head in and out of a the reflector, how to mount a flash head on the tube,